You Can Now Be Fined For Using A Mobile Phone In The Passenger Seat! 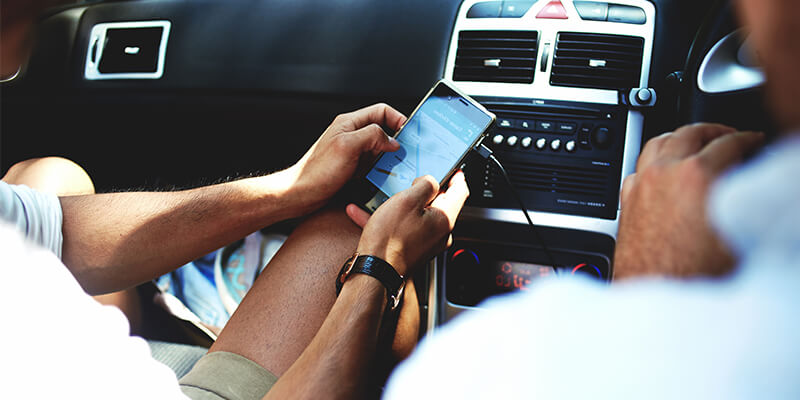 Passengers are now being warned that they too could face a substantial fine and points on their licence should they be caught using their phone under certain circumstances.

Using A Mobile Phone In The Passenger Seat Could Land You Serious Consequences!

We are all more than aware of the consequences of talking on the phone while driving, but did you know that, as a passenger, you could also land yourself in the danger zone? Being caught on your phone while in control of a vehicle leads to a minimum of a £200 fine and 6 points on your licence. However, this can also apply to passengers under strict circumstances. So, what are the conditions? Well, if you are in the passenger seat while a learner is driving, it is, in fact, illegal to use your mobile phone. As the learner is yet to gain their full UK licence, the driver taking them out to practise is, by law, responsible for the actions of the learner.

This revelation in the world of driving laws particularly applies to driving instructors as, during lessons, they are legally obliged to take full responsibility for the vehicle as if they were driving. Any rules that apply to the learner while behind the wheel also applies to the instructor, regardless of whether they are in the driving seat or not. If they are caught breaking the law, then not only will they face fines and points, but are also likely to lose their ADI badge and therefore, their career. We spoke to one of our instructors from our driving school in Ilford about the topic:

No driving instructor should ever be sat on their phone while they’re meant to be teaching their pupil, so I most definitely think that this rule is a step in the right direction. For me, I believe every second of every lesson should be spent helping the pupil to become a confident, safe driver, so don’t understand why anyone would even think of going on their phone! 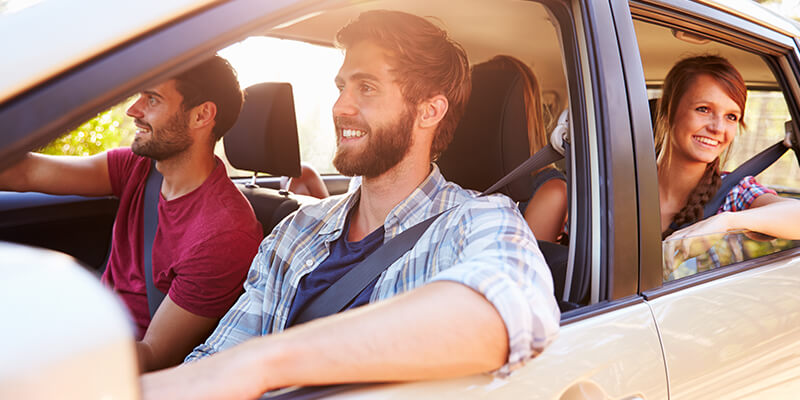 Along with driving instructors, the laws regarding using your phone as a passenger will also apply to any family members or friends who are taking a learner out on the roads for additional practice outside of lessons. We once had a pupil who was taking driving lessons in Kettering, but as her test was approaching, went out in the evenings with her older brother. Neither had any idea of the laws regarding using your mobile while driving with a learner and were, unfortunately, pulled over by the police. Fortunately, they had a lucky escape as they were able to prove that the learner was at a confident level, and her brother only briefly checked his phone for directions.

Using Your Phone As A Passenger

The law mentioned above does only apply to those in the passenger seat while a learner is behind the wheel. If you are in a vehicle with a fully licensed driver, then the rules are slightly different. As a passenger, you are able to use your mobile phone as long as it is not distracting the driver. You must never encourage the driver to look away and lose concentration of their surroundings.

As the driver, on the other hand, you must not, under any circumstances, use your mobile phone while driving. Should you need to use your phone to, for example, use navigation, it must be in a fixed position on a mobile phone holder. Never place the phone on the passenger seat or in sight if you do not need to use it to aid driving, as it can be easy to become distracted when you see a notification pop up. Even the smallest of tasks such as changing song could land you a fine, along with points on your licence. For particularly new drivers in their first two years, the six points accumulated from a single check of the phone will result in your licence being revoked. Is being back at square one really worth that one text message, track change or Snapchat?

You Can Now Be Fined For Using A Mobile Phone In The Passenger Seat! was last modified: January 20th, 2020 by driveJohnsons

Connect with us on Social Media to see the latest pass photos in your area, top driving tips, competitions, giveaways and more!

Get someone driving lessons for any occasion.Click here

Web design by GUD IDEAS
Limit Exceeded.
Sorry, you've exceeded the number of purchases allowed on this product.
Chat with us
Chat with our bookings team

We're offline at the moment, but please leave a message below and we'll get back to you as soon as we can.