Man Jailed For Taking Driving Theory Test For Other People

A man from Coventry has been jailed for 28 months after being caught impersonating several people and attempting to sit the driving theory test on their behalf.

Swallaxadin Bashir had been offering his services for 11-months and had turned up to sit a dozen theory tests before finally being caught out. The 42-year-old made a profession out of fraudulently sitting driving theory tests for other people after being unable to work legally in the UK due to his immigration status.

Mr Bashir had previously served time for similar offences and had only been released from prison months before he started getting up to his old tricks. The DVSA said that although there was a record of cheating in their system, it was a complex case as he travelled around England to different test centres. 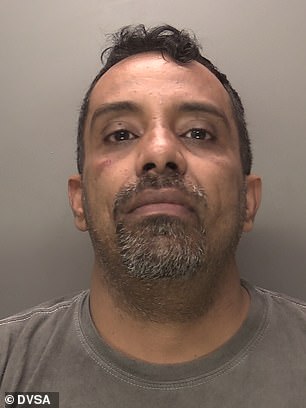 Theory centre staff reported the incidents to the Driver and Vehicles Standards Agency’s (DVSA) fraud investigation team after becoming suspicious that Mr Bashir was impersonating other candidates. He was turned away on numerous occasions and was not allowed to sit the test after staff noticed that he did not look like the picture on the provisional licence he was presenting. The DVSA has rejected all pass results from the exams he was found to have carried out successfully under a false name.

Mr Bashir pleaded guilty to the offences at an earlier court hearing where it was heard that investigators found evidence on his mobile phone of people booking tests with him. West Midlands Police supported the investigation by searching his home and another property he was connected to. They discovered distinctive items of clothing that he can be seen wearing on CCTV at the various test centres.

What the DVSA had to say about the case

Andy Rice, head of counter fraud and investigation at the government’s driving standards agency, said: ‘DVSA’s priority is protecting everyone from unsafe drivers and vehicles.

‘Theory tests are a vital way of assessing if people have the right driving knowledge and attitude to drive safely.

‘Working with other agencies, we make every effort to prosecute theory test fraudsters, and this significant prison sentence shows the impact of this work.’

A statement released by the agency said the investigation into Bashir’s criminal activity was ongoing as the DVSA attempts to locate and prosecute the people who paid the fraudster to carry out the tests on their behalf.

The DVSA warns that theory test cheating is on the rise, following reports that there are increasing numbers of learners attempting to cheat their way through the driving theory test.

A learner driver in Nottingham was recently caught with a Bluetooth device during his driving theory test; the man claimed that it was a good luck charm. Mr Ali, who denies having a Bluetooth device on him, was found guilty of the offence and will be sentenced at Nottingham Crown Court on January 27th.

Figures have shown that 1,522 people were investigated for cheating in their theory test in the year 2018/19. This is 3x as many people caught five years ago, when the number stood at 454, according to the DVSA’s fraud department. The driving theory test consists of 50 multiple choice questions and a hazard perception test. The minimum mark required to pass is 43/50 and learners must identify at least 44 hazards out of the 75 that appear in the video clips.

With our driving instructors in Coventry, you will be provided with theory test help and support as well as online theory training available, so there will be no need to cheat.

How should I prepare for my driving theory test? The consequences of careless driving Hazard perception test Book a driving lesson, find an instructor near you View our latest prices and offers
Man Jailed For Taking Driving Theory Test For Other People was last modified: January 13th, 2020 by driveJohnsons

Connect with us on Social Media to see the latest pass photos in your area, top driving tips, competitions, giveaways and more!

Get someone driving lessons for any occasion.Click here

Web design by GUD IDEAS
Limit Exceeded.
Sorry, you've exceeded the number of purchases allowed on this product.
Chat with us
Chat with our bookings team

We're offline at the moment, but please leave a message below and we'll get back to you as soon as we can.